It’s no surprise our family is a huge fan of Star Wars. In fact, Alan even saw The Force Awakens before it was released in theaters. (I’m the best wife ever, right?) So when Disney and Hasbro offered to send us a box of goodies to have a movie night, we were so excited. We’ve watched the movie a bajillion times (at least) but today we finally really had a chance to dig into the box, and take photos.

Quincy has been on me since we got the box just under two weeks ago to open the BladeBuilders Kylo Ren lightsaber. I’ve been putting it off, because well, kids and lightsabers. She is HILARIOUS. Watch the video and you’ll see what I mean.

If you’re reading this, I probably don’t need to tell you that you should watch Star Wars: The Force Awakens. If by chance you haven’t seen the film, you can check out our spoiler free review. If you don’t own it yet, you can grab your copy of The Force Awakens and watch it a bazillion times, just like us!

The kids (Alan included) are beyond excited about the gifts Hasbro sent us, and we’ve already lost nerf darts in the neighbors yard. Whoops! We’ve been rocking the BopIt, shooting darts and enjoying the trivia book. Don’t worry, I’ll let Quincy open the 3″ figures, eventually. 🙂

I see many more Star Wars movie nights in our future!

May the Force Be With You!

Things we love to eat! 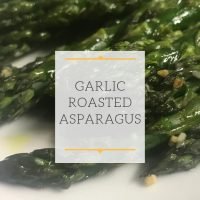